On behalf of your friends at NCADD Middlesex, warmest greetings of the season and best wishes for happiness in the New Year and Holiday Blessings! 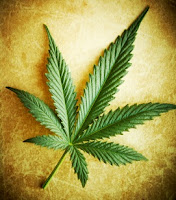 Heavy Marijuana Use in Teen Years Linked to Damaged Brain Structures: Study
Heavy marijuana use in the teenage years could damage brain structures vital to memory and reasoning, a new study suggests. The study found changes in the sub-cortical regions of the brain, which are part of the memory and reasoning circuits, NBC News reports. Young people who had changes in this region of the brain performed more poorly on memory tests than their peers who did not use marijuana. The heavy marijuana users in the study had not used the drug on average for more than two years before the memory testing occurred. The results appear in the journal Schizophrenia Bulletin. The study included 10 people with a history of cannabis use disorder, 15 people with a history of cannabis use disorder and schizophrenia, and 28 with schizophrenia but no past regular marijuana use. The study also included 44 healthy people without a history of marijuana use. The participants who had used marijuana had been heavy users in their teen years. Their average age at the time of the study was mid-20s. The participants’ brains were scanned using MRI. They were then given tests of working memory, such as remembering number sequences. People who had a history of heavy marijuana use, whether or not they had schizophrenia, performed more poorly on the tests. They also showed abnormalities in regions of the brain related to reward and motivation, cognition input and movement and memory.
Rise in ADHD Diagnoses Linked to Drug Company Promotion of Treatments
The dramatic rise in the diagnosis of attention deficit hyperactivity disorder (ADHD) coincided with a two-decade campaign by drug companies, aimed at doctors, educators and parents, to promote pills to treat the disorder, according to The New York Times. Almost one in five boys of high school age, and 11 percent of school-age children overall, have received a medical diagnosis of ADHD in the United States. Earlier this year, the Centers for Disease Control and Prevention found an estimated 6.4 million children ages 4 to 17 had received an ADHD diagnosis at some point. This represents a 16 percent increase since 2007, and a 53 percent increase in the past 10 years. Dr. Keith Conners, a leader in the fight to legitimize ADHD, is very concerned about the increase in diagnoses. He notes the number of children on medication for the disorder has risen to 3.5 million, from 600,000 in 1990. He called the increase “a national disaster of dangerous proportions.” The drug industry is now focusing its efforts on adult ADHD, which could become even more profitable than the children’s market, the article notes. While ADHD is acknowledged to be a legitimate disability that can interfere with success at school, work and personal life, many critics say the effort to treat every child with signs of ADHD has led to too many receiving the diagnosis and medication. According to the article, drug company marketing portrays ADHD as including relatively normal behavior, such as carelessness and impatience, and has often exaggerated the medications’ benefits. The Food and Drug Administration has cited every major ADHD drug, including Adderall, Concerta, Focalin, Vyvanse, Intuniv and Strattera, for false and misleading advertising since 2000.

Moderate consumption of alcohol can improve immune response to vaccination
It's the time of year when many of us celebrate the holidays with festive foods and drinks, including alcohol. No better time then to ask if it is true, as is widely held, that moderate consumption of alcohol is beneficial to health. A research team led by an immunologist at the University of California, Riverside now has data that could put the question to rest. The researchers found that moderate alcohol consumption could bolster our immune system, and potentially our ability to fight infections. Continue reading here.
Study aims to cut binge drinking by text
A study aimed at cutting binge drinking by Scottish men will use text messaging in an attempt to change behavior. Researchers hope to target those who have settled into a pattern of binge drinking, consuming more than eight units of alcohol per drinking session. Please click here to continue.

Medical Group Warns of Danger of Performance-Enhancing Drugs
The Endocrine Society is warning about the health consequences of taking performance-enhancing drugs (PEDs). The vast majority of people who use these drugs are non-athlete weightlifters, News-Medical.net reports. In a new scientific statement, the Endocrine Society notes media attention about PEDs has focused on their use by elite athletes in order to gain a competitive advantage in sports. “There is a widespread misperception that PED use is safe or that adverse effects are manageable,” the statement notes. PED use has been linked to an increased risk of death and a wide variety of health problems. In the long term, PEDs can cause impotence, worsening acne, balding and “steroid rage.” PEDs can also stunt growth in adolescents. More serious effects include heart and liver damage, and an increased risk of blood clots. “There is a widespread misperception that PED use is safe or that adverse effects are manageable,” said Shalender Bhasin, MD of Brigham and Women’s Hospital, who chaired the task force that developed the statement. “The truth is, PED use has been linked to increased risk of death and a wide variety of cardiovascular, psychiatric, metabolic, renal and musculoskeletal disorders.” PED users at greatest risk for health consequences are those who become dependent on the drugs, and use them over many years. Nearly one-third of people who use anabolic steroids will develop dependence on the drugs, and about one million men have experienced dependence on the steroids at some time, the article notes. Both athletes and non-athlete weightlifters who use PEDs often engage in other high-risk health behaviors, including using alcohol or opioids along with steroids, according to the group.
Fighting Holiday Overdrinking: Why Many Women May Be Better Off with Apps Over AA
The holidays are one of the most challenging times for Melissa, a 49-year-old real estate agent and heavy drinker, whose ex-husband’s family had a troubling relationship with alcohol.  “His family were all big drinkers,” she says recalling boozy Christmases, “With them, I’d be the first one to call it a night.” Melissa (a pseudonym) is now a user of moderatedrinking.com, an evidence-based web application for people who are concerned about their alcohol use but do not want to quit.  Many come to the site via Google searches; others have tried the free drinkerscheckup.com, an evidence-based screening and intervention method for alcohol problems that was created by the same research group and is similar to tests used by doctors. Continue reading here.
43.7 Million Americans experienced mental illness in 2012
$31 Million Announced to Improve Mental Health Services for Young People
Nearly one in five American adults, or 43.7 million people, experienced a diagnosable mental illness in 2012 according to the Substance Abuse and Mental Health Services Administration (SAMHSA). These results are consistent with 2011 findings. SAMHSA also reported that, consistent with 2011, less than half (41 percent) of these adults received any mental health services in the past year. Among those who had serious mental illness, 62.9 percent received treatment. Among adults with mental illness who reported an unmet need for treatment, the top three reasons given for not receiving help were that they could not afford the cost, thought they could handle the problem without treatment, or did not know where to go for services. Continue to read this release here.
People are drinking less but doing so more harmfully. Policymakers want higher prices—causing a headache for the booze industry
BY DAY tourists flock to Plaza de España in central Madrid to snap photos beside the sculpture of Miguel de Cervantes, author of “Don Quixote”. By night a newer facet of Spanish culture is on display: loitering groups of young people downing plastic bottles of whisky and vodka mixed with Fanta Lemon. The ground is littered with empties. Nearby, three young men help a friend vomiting on the pavement. Rest of this story is here.