Now, app that automatically makes mental health assessments
Soon your smartphone will know your state of mind as, scientists have developed an app that automatically reveals students' mental health, academic performance and behavioral trends. Please click here to continue reading.
EDITORIAL: Bills to fight drug abuse worth the cost
“And indeed it could be said,” Wrote Albert Camus in his novel “The Plague,” “that once the faintest stirring of hope became possible, the dominion of plague was ended.” Whatever stirrings of hope have been felt before among those involved in battling the heroin plague in New Jersey, those breezes are on their way to becoming a full force gale. Please click here to continue reading.
Former addicts may be at lower risk of new addictions
People who manage to get clean after being addicted to drugs are at lower risk of becoming addicted to something else in the future than people who never overcame the first substance use disorder, according to a new study. “The results are surprising, they cut against conventional clinical lore which holds that people who stop one addiction are at increased risk of picking up a new one,” said senior author Dr. Mark Olfson, a professor of clinical psychiatry at Columbia University Medical Center in New York. “The results challenge the old stereotype that people switch or substitute addictions but never truly overcome them,” Olfson told Reuters Health by email. Please click here to continue reading.
The drug that turned a heroin user’s life around
Danielle Hall injected a quarter of her normal heroin dose the afternoon of June 29, but that day’s particularly potent batch was strong enough to shut her body down. Please click here to continue reading.
Prescription drug abuse epidemic demands mandatory physician education
Our nation’s growing concern and response to the epidemic of opioid misuse and abuse continues to drive action from public health and public policy leaders. Attorney General Eric Holder recently announced a new regulation to greatly expand the drug-take-back program to make it easier to return unused prescription drugs and controlled substances.  New DEA rules for the safe and secure disposal of prescription drugs take effect in October.  And public health officials from three of the largest metropolitan health departments this week briefed Capitol Hill on their front-line efforts to battle opioid abuse. Please click here to continue reading.
Research shows alcohol consumption influenced by genes
How people perceive and taste alcohol depends on genetic factors, and that influences whether they "like" and consume alcoholic beverages, according to researchers in Penn State's College of Agricultural Sciences. Please click here to continue reading.
Younger Age at First Drink, Higher Odds for Problem Drinking: Study
Both drinking and getting drunk at an early age are key risk factors for alcohol abuse by high school students, a new study suggests. The conclusions, based on a survey of high school students who drink, could help expand alcohol-prevention efforts aimed at teens to include those who already drink, to stop them from becoming binge drinkers, the researchers suggested. Please click here to continue reading.
In Pennsylvania, heroin easier to get than wine, cheaper than beer: report
Young people in rural Pennsylvania can buy heroin more easily than a bottle of wine and getting high with the opiate can be cheaper than buying a six pack of beer, according to an investigative report released on Tuesday. Please click here to continue reading.
Pot and Parenting: Confessions of Colorado's Weed-Smoking Moms
When Jane West and her friends get together, the laughter rolls, trays of food and stories are passed around. But instead of splitting bottles of wine, these women like to unwind with artisanal marijuana. Please click here to continue reading.
Fraternities Are Their Own Worst Enemies, Not Drunk Girls
Bill Frezza, the president of the alumni house corporation for MIT fraternity Chi Phi Beta, wrote a post on Forbes’ contributor network on Tuesday entitled “Drunk Female Guests Are the Gravest Threat to Fraternities.” Please click here to continue reading.
Group of Fraternities Launches New Education Effort to Tackle Problem Behaviors
Beginning this fall, eight major fraternal organizations will launch a new education effort aimed at preventing and intervening against sexual and relationship misconduct, binge drinking and hazing among fraternity members. Please click here to continue reading.

Posted by NCADD of Middlesex County, Inc. at 8:05 AM No comments:


The content of this email does not represent the official views or policies of NCADD of Middlesex County, Inc. The content has been collected from a variety of sources and is provided for informational purposes only. The appearance of external hyperlinks does not constitute endorsement by NCADD of the linked web sites, or the information, products or services contained therein. If you do not wish to receive this email in the future, simply respond to it and stating “DELETE ME” in the subject line.
Scientists develop new method for detecting illegal ‘bath salts’ drugs


Scientists have developed a new method for identifying illegal “bath salts”, synthetic drugs recently banned in the United States. Similar to amphetamines, users experience an initial euphoria followed by terrifying hallucinations, paranoia, depression. The drugs also cause violent outbursts, leading to hospitalization and in some cases suicides. Rest of this article is here. 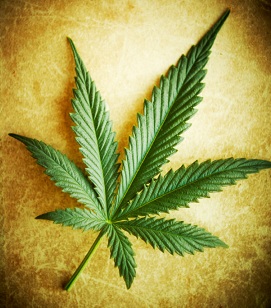 
If you think Big Tobacco was bad, wait till you get a whiff of Big Marijuana


Is America’s scientific research biased to focus on the harmful effects of drugs? That was one of the questions at the heart of a congressional hearing this summer seeking to understand more comprehensively the scientific evidence related to marijuana. And it was how Dr. Nora Volkow, director of the National Institute on Drug Abuse, found herself being grilled by Rep. Gerald Connolly, D-Va. Rest of this article is here.


The percentage of positive drug tests among American workers has increased for the first time in more than a decade, fueled by a rise in marijuana and amphetamines, according to an analysis of 8.5 million urine, oral fluid and hair workplace drug test results released today by Quest Diagnostics (NYSE: DGX), the world's leading provider of diagnostic information services. Rest of this article is here.

Is This the End of Medical Marijuana?


Marijuana perception among U.S. citizens is rapidly changing. For the first time ever last year, according to a poll from Gallup, more respondents were in favor of legalizing marijuana than were opposed to its legalization. Yet, there are still few more controversial issues than whether or not to allow marijuana to be used for medical purposes. Rest of this article is here.


The enduring mental-health consequences of armed conflict, natural disasters and forced migration are increasingly recognized. But clinicians and the people they help often come from different backgrounds, each unfamiliar to the other. This can result in tensions, inappropriate health services and misleading research. Rest of this article is here.

Colleges Brainstorm Ways to Cut Back On Binge Drinking


It's early Friday night, and Frostburg State University police officer Derrick Pirolozzi is just starting the late shift. At a white clapboard house he jumps out of his SUV to chat with four students on the front steps. Rest of this article is here.

More needs to be done to address addiction in US


This month marks the 25th anniversary of National Alcohol and Drug Addiction Recovery Month, and over the last 25 years, we have taken important steps to help the millions of Americans who struggle with addiction. Rest of this article is here.

Coming Soon to Theaters Near You: E-Cigarettes


SmokeStik's Product Placement in 'Cymbeline' Has Far-Reaching Implications for Hollywood and Big Tobacco.


A new film adaptation of William Shakespeare's "Cymbeline" stars Ethan Hawke and takes place in the present day. It even gives one lead character a very current accessory: an electronic cigarette. Throughout the movie, actress Milla Jovovich puffs away on an e-cigarette called a SmokeStik. In one scene, signs for the brand hang in a convenience store next to condoms and calling cards. Rest of this article is here.

Stop Glamorizing Drugs and Smoking in Movies and Songs


In the 1960s, 1970s and 1980s, depictions of cigarette and drug use in films and songs was common – who can forget the iconic image of Audrey Hepburn with her cigarette holder in “Breakfast at Tiffany’s.”  We can only guess at the social impact of these depictions, since there weren’t as many good scientific studies of this issue back then. Rest of this article is here.


We all know which kid Mom and Dad liked best, and odds are you're thinking it's not you. But does that really make a difference? It can, researchers say, but not always the way you might think. Less-favored children are more likely to be using drugs, alcohol and cigarettes as teenagers, according to researchers at Brigham Young University in Provo, Utah. Rest of this article is here.

Is Marijuana More Addictive Than Alcohol?


So you’re considering a move to Colorado to live a lifestyle that includes the local (herbal) refreshments. But you don’t want to end up like some sort of burnout. You intend to maintain your weapons-grade professional trajectory, balancing it alongside a rigorous weekend mountain-biking regimen. You plan to toke, that is, in moderation. Rest of this article is here.

Posted by NCADD of Middlesex County, Inc. at 12:02 PM No comments: