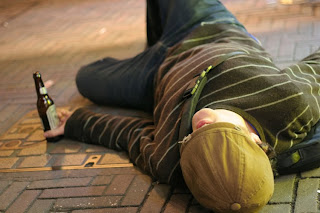 Each year, we try to focus on a public policy issue of special interest to the community during our annual Legislative Event. This year, we are tackling critical questions regarding the mandatory minimum drinking age. Is 21 Working, and is 18 the Answer?

I recently wrote a Letter to the Editor to area newspapers noting that high-risk drinking by college students needs to be viewed as a community issue. No one person, group, or institution is responsible for the problem, nor are any viable solutions likely to come from a single source.

College is a time for students to not only acquire knowledge and earn a degree, but to form character. In extremely few social settings other than a college drinking party is drinking alcohol to the point of gross intoxication seen as a feat to aspire to. Thankfully, by senior year, the vast majority of students have come to this same realization and adjusted their behavior accordingly. It is our most vulnerable students, the incoming freshman, who need the most guidance and oversight regarding their drinking behavior. How can we do this better?

Some would say that even opening a discussion on the legal drinking age is irresponsible. I disagree. 18 - 20 year olds deserve better than, “Just do as I say.” While the empirical facts of the issue may make the 18 or 21 question a “no-brainer” for many; real life makes it anything but simple answer. The discussion needs to be held openly and with respect for both sides of the issue. It is my hope that tonight’s forum provides just as an opportunity for learning. What better place to host this event than at Rutgers, the State University of New Jersey, in its primary student center?

Following is Steve Liga's testimony on March 12, 2009 before the NJ Legislative Committee hearing on the 911: Hold Harmless Legislation.

Thank you, Chairman Johnson, and members of the Assembly Law and Public Safety Committee for holding this important hearing. My name is Steve Liga, the Executive Director of the NCADD of Middlesex County. NCADD is the Middlesex County member agency of the New Jersey Prevention Network. I am here today representing the New Jersey Prevention Network (NJPN) and its member agencies which offer a statewide network of substance abuse prevention agencies, one in each of New Jersey’s 21 counties. NJPN offers comprehensive resources and expertise, while our local member agencies ensure that evidence-based prevention programs and services are provided in every county, personalized and customized to meet the specific needs of the communities they serve.

NJPN is the lead agency in the statewide Childhood Drinking Coalition that has been actively addressing the problem of underage drinking in New Jersey for many years. With a CD Coalition in every county also lead by the local NJPN member agency, we have been educating youth, parents and the community about the dangers of underage drinking. Our efforts have also included environmental strategies that have identified and promoted policies, ordinances and laws that create a clear message to our youth that would deter underage drinking. Some of these strategies provide consequences to our youth to serve as deterrents to their use and abuse of alcohol. The NJ Private Property state law enacted in 2000 gave NJ municipalities the permission to enact an ordinance making it unlawful for an underage person to possess or consume an alcoholic beverage on private property. (NJSA 40:48-1.2) Over 200 communities throughout NJ have passed these ordinances. We are currently advocating for these policies to be statewide. These types of strategies have shown to be effective in reducing this dangerous behavior among our youth. Though these strategies are effective, there is also an unintentional consequence to these policies that A-3160 addresses.

NJPN believes A-3160, the 911: Lifeline Legislation is a vital step toward reducing senseless deaths and injuries associated with underage drinking. Every year, at private parties and on college campuses, youth are drinking excessively. And sometimes, a

friend passes out or starts getting sick. And often, their friends do nothing for fear of the legal consequences. Rather than calling for help, they try and comfort the friend or perhaps put them to bed. And sometimes these actions have deadly consequences. The Lifeline legislation encourages young people to call for help in an event of an alcohol-related medical emergency, because it ensures they will not face legal consequences because of their drinking or possession of alcohol.

I commend Assemblyman Gordon and Assemblywoman Angelini for their foresight in introducing this important legislation to prevent the needless harm and possible deaths that may occur if our youth do not call for emergency assistance. The high rates and consequences of alcohol use, abuse and binge drinking among our youth have been well documented on the national, state and local levels.

These drinking patterns often include large quantities of alcohol that often lead to alcohol poisoning. The most difficult part of saving an adolescent from an alcohol overdose does not occur in the emergency room, nor does it involve a complex medical treatment. The most difficult aspect of an overdose case involving adolescents is for them to decide to act. Evidence shows that youth, in many cases, will fear getting themselves or their friend in trouble, and refrain from calling emergency services.

In a random survey conducted by Arizona State University, 6,000 undergraduates and 1,500 graduates were asked what would lead them to decide whether to call for help for someone passed out or is too incoherent due to consuming too much alcohol. The survey found that 47.6% responded they did not know what to do while 35.5% feared getting their friend in trouble.

Colorado enacted similar legislation in 2005 due to concerns about underage binge drinking deaths. Colorado’s legislation provides immunity for underage persons and one to two others who are acting with the minor, from criminal prosecution for illegal possession or consumption of alcohol by an underage person if:

In 2006, a case study published by the International Journal of Drug Policy, the Medical Amnesty Protocol at Cornell University found that following the initiation of the Hold Harmless Policy three distinct outcomes increased. There was an increase in alcohol related calls for assistance to emergency medical services; students were less likely to report fear of getting in trouble; and the percentage of students who visited health center staff for a brief psycho-educational intervention after an alcohol related emergency more than doubled by the end of the second year.

This legislation by no means condones underage drinking nor is it meant to supersede existing law. It merely responds to cases of excessive drinking by minors and creates the opportunity to save lives that are imperiled due to severe intoxication. Instead of enabling dangerous behavior by trying to hide it, it increases the likelihood that it will be confronted for what it is, a medical emergency.

As in all of our prevention efforts, there are no silver bullets that will solve the complex problem of underage drinking. Our efforts must include multiple strategies that include education as well as environmental approaches. These strategies must send a clear message to our youth that underage drinking is unacceptable but we must balance this with supportive services for youth in need. We need to be sure that once a problem is identified that our youth understand that safety comes first and that they need to be their friend’s lifeline to call for assistance.

NJPN strongly supports A- 3160 and hopes this committee will be part of saving the lives of our youth by voting yes to this important legislation.

Posted by NCADD of Middlesex County, Inc. at 6:10 AM No comments: